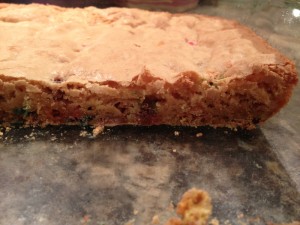 I may have said this before … but I’ll say it again – I love cookies. One of my favourites has always been the original chocolate chip cookie. And if there’s a batch being cooked, my wife has said I have radar for cookies and always seem to appear when cookies come out of the oven,
So the idea of cookies have always intrigued me – especially when combining two of my favourite flavours – chocolate and peanut butter. Thus the Wookie Cookie and now this “Candy” Bar, which combines those flavours in a bar form. It’s fun and easy and seems to be a hit with my kids at least. 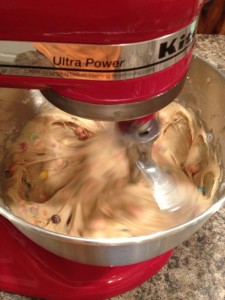 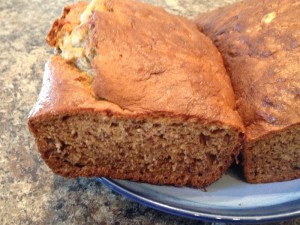 As someone with Celiac’s Disease, you know it’s difficult to have good bread. Luckily, this simple recipe makes great bread for just a snack and is awesome for French Toast. This recipe is great whether using Glutenized flour or GF flour – as always check your GF flour to ensure you the recipe works well. In some cases, you will need xantham gum, but if like me you use a good mix it’s either already included or you won’t need it.

If you’re like me and enjoy nuts, you can add about a half cup per recipe if you want. 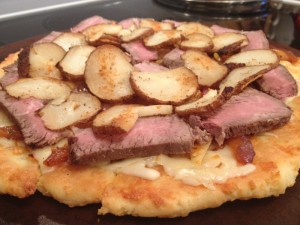 We’re one layer of cheese away from the final bake – oh, man talk about full meal deal!

Yes, you read that right! Steak and potatoes or pizza – who said you needed to choose? While I love a good steak and potato dinner, putting it on pizza just put this whole thing over the top. As you might have guess from this site, I am a sucker for fusions of flavours. And one of my favourites has to be Italian with Cajun as with this pizza.

The only thing I have to warn you about is that it takes a bit of prep. But the results were oh so awesome!

The first thing to do is make your Cajun Baked Tater … 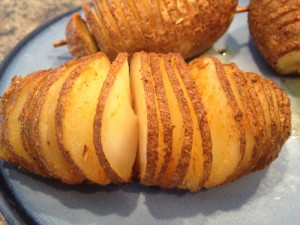 These would be good even if they weren’t on the pizza! 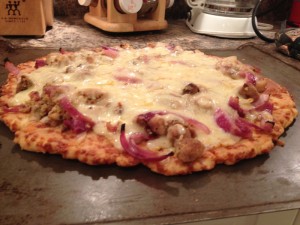 This pizza recipe has to be one of the easiest that I’ve come across. Then again, I tend to make them more complicated once I start working with them. That said this recipe is still remarkably simple.

The best thing about this crust recipe is that it’s the closest I’ve come to gluten-filled pizza dough. While I appreciate the artistry of my other pizza dough recipe, this may very well become my go-to recipe. Inspired by Brazilian Cheese Bread, it’s got the texture of a biscuit and a flavour similar to the biscuits available at a certain chain seafood restaurant. 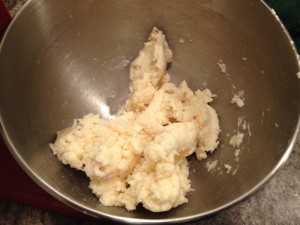 This is one recipe – after blending.

Everyone loves pizza! Unfortunately, the best pizza dough recipes out there (either online or in restaurants) typically call for high gluten flour, mainly due to gluten being the best binder for the dough. And since most of us have had to cut gluten out altogether, then that doesn’t work.

So many of you have probably tried the GF pizza options that are out there. And like me, if you’ve ever had a good thick pizza crust, then you have been sadly disappointed in the options that are out there. Before I was diagnosed, I had a really good crust recipe that was light and airy with a lot of flavour. I tried it out recently with GF flour and it at least produced a thicker crust than those other paper thin options. I will continue to experiment and try to pinpoint improvements and other options.