So a post featuring a cookie shaped as a Wookie should be a clear indication that I like “Star Wars.” But in case you weren’t clear, I grew up on “Star Wars”, I have twins that are not named Luke and Leia (my wife’s fault) and we will all be trick-or-treating next year as the Skywalker clan!

At any rate, I was crazy enough to just pull this together because my wife and daughter went to a concert leaving my son and I together for the evening. We had a “Star Wars” day featuring a Wookie Cookie, SW Trouble and Episode I (his choice). That said this peanut butter cookie and the frosting can obviously be made separately or together and do not have to be Wookie shaped. But if you did that, it would not be a Wookie Cookie – and that’s just nutty! 😉 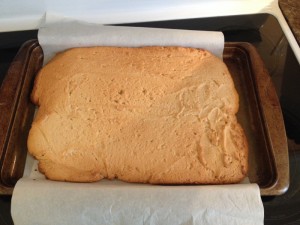 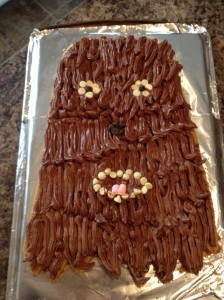