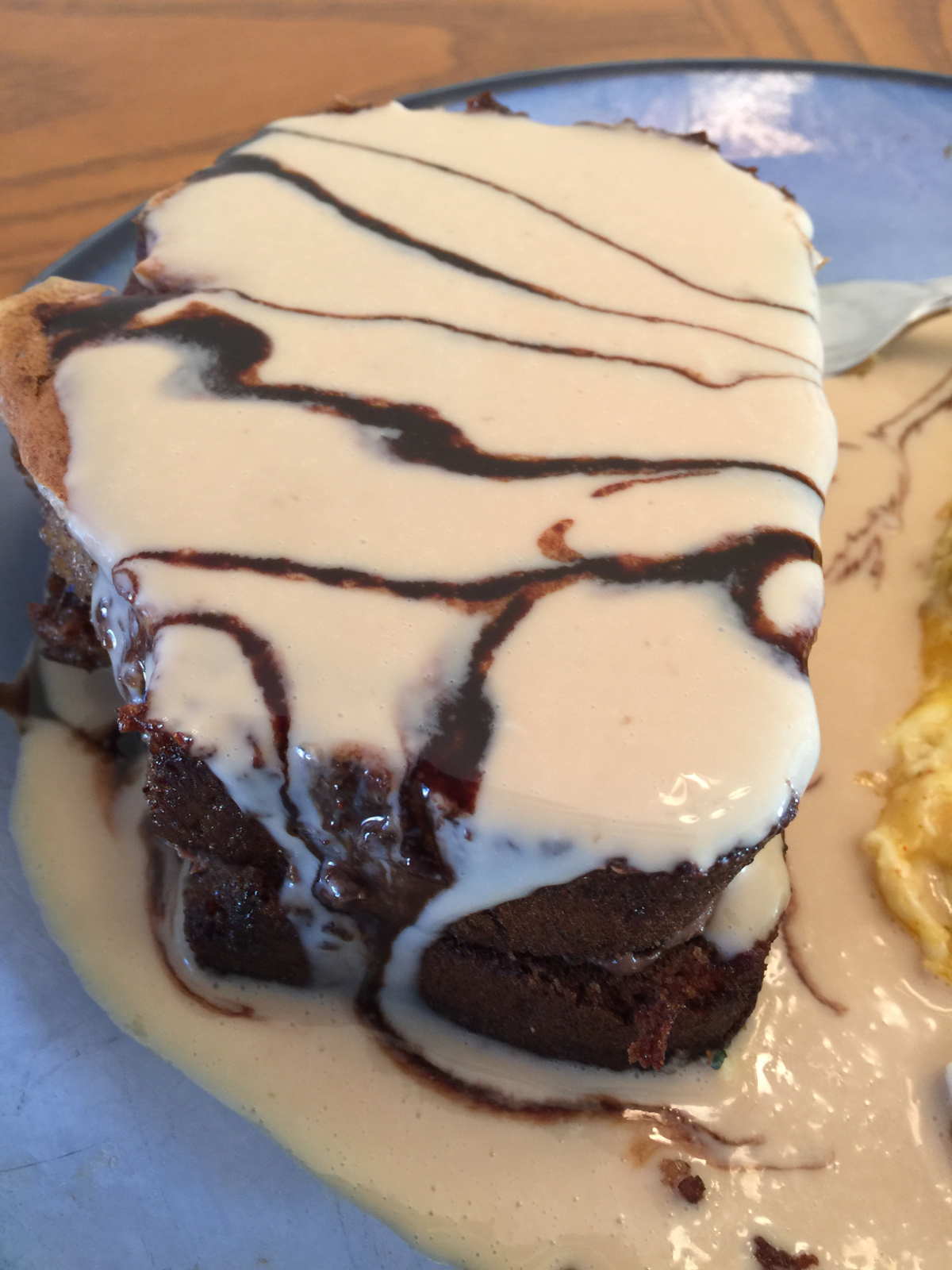 This version was missing the bananas and used Reeses Peanut Butter Spread. It was still amazing!

About 15 years ago I used to work in a breakfast cafe in Roswell, Georgia. It was just a bit more of a training ground for my favourite meal of the day! While I was there, I perfected the egg flip and most of the other classic staples of breakfast making. Not sure that I would want to go back to being a line cook, but there have been plenty of times that I do the short order deal for family and friends.

And while I love a good omelet, there’s a special place in my heart for French Toast. It was the first real thing I learned how to cook from my paternal grandmother, Nanny. And the love affair with cooking and breakfast in particular was born.

Now as a CD card-carrying member, making French Toast is a little hard now. However, you just have to really be willing to go with small bread pieces (think Udi’s) or make your own. In this conglomeration, that is the way I go since this recipe combines French Toast, bananas, peanut butter, Anglaise and chocolate sauce to make a decadent dish that really doesn’t need anything else with it. Who says Gluten Free is Taste Free?!

Since this one is a dish unto itself with multiple components, I will be putting links up to other recipes on site that relate to the whole of this dish. As a side note, this recipe can be nut free if you decide to use WowButter or SunButter as a substitute.