As I mentioned before, I am not a huge fan of traditional barbecue. But I love some tender juicy ribs and done with an amazing sauce – like my Cola Cajun BBQ Sauce – you can’t go wrong! This recipe really is all about the preparation rather than just the sauce … 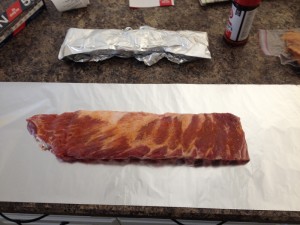 There’s this place in Georgia (Atlanta and beyond) that has fantastic pizza. One of my favourites 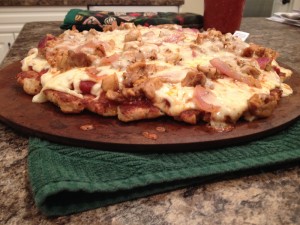 from there was a Caribbean Jerk Chicken. Now obviously, I don’t know how they made theirs and since I’m Reluctantly Gluten Free, I can’t have normal pizza crust. Therefore, I have to improvise and this is how you put it all together!

Beyond the dough, there are two other main components of pizza – your sauce and your toppings. If you’ve got two out of three down pat, then the toppings should be a piece of GF pizza pie! And I have it on good authority that my sauce is one of the best things about my pizza. So here’s the recipe for your taste buds’ pleasure! 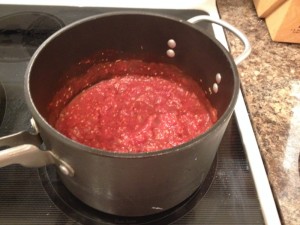 For Spaghetti sauce, use two cans of tomato sauce and add ground beef or ground Italian sausage. Serve over GF pasta of your choice!

Everyone loves pizza! Unfortunately, the best pizza dough recipes out there (either online or in restaurants) typically call for high gluten flour, mainly due to gluten being the best binder for the dough. And since most of us have had to cut gluten out altogether, then that doesn’t work.

So many of you have probably tried the GF pizza options that are out there. And like me, if you’ve ever had a good thick pizza crust, then you have been sadly disappointed in the options that are out there. Before I was diagnosed, I had a really good crust recipe that was light and airy with a lot of flavour. I tried it out recently with GF flour and it at least produced a thicker crust than those other paper thin options. I will continue to experiment and try to pinpoint improvements and other options.

This recipe is actually a two-fer. A long time ago (about 15 years ago), in a galaxy far, far away (Roswell, GA that is), my wife and I were newlywed and living on our own. Though my wife is originally from Canada, she liked the South of the Border stuff – just a little Anglicized. So she introduced me to her recipe for burritos.

And from there as I normally did, I altered it a tad. So in this recipe post, you will get her “altered” recipe and my spicier version. I’m sure you’re all aware by now that I typically cook two meals when I cook dinner for the family – one for my love and my kids, and one spicy version for me! In this particular recipe, we usually use about 1.5 pounds of hamburger and accompanying ingredients, which I divide up after cooking. So the recipe mixes will reflect the 1/2 and 1/2 proportions. Both can be GF as well. 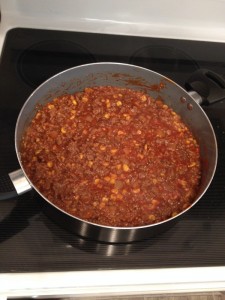 This would be the “non-spicy” version. The spicier version basically uses more authentic Mexican spices and a GF Wing sauce rather than the tomato soup. 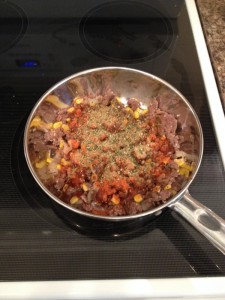 Spicy joy in a pan… 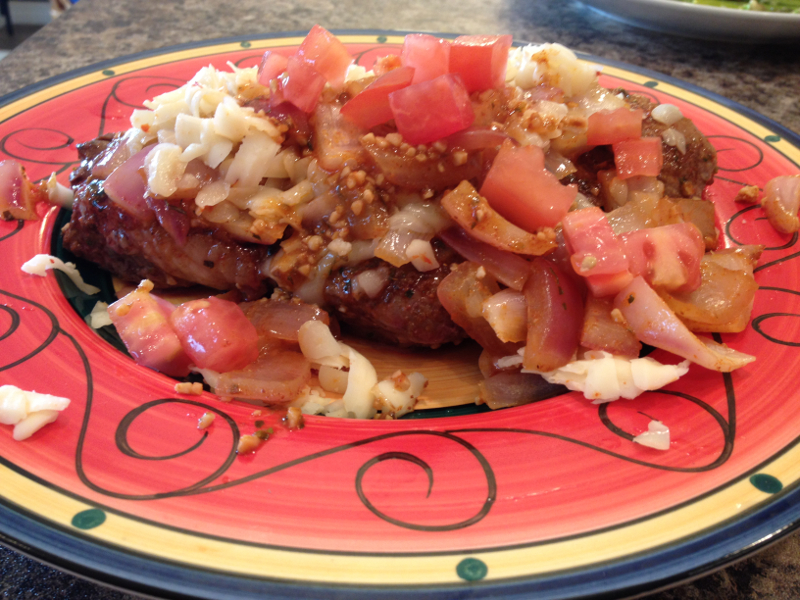 This is NOT your typical steakhouse faire!

Fair warning – I’m going to generalize here. Every guy loves steak! And the interesting part is every guy has a specific way that they like steak and it almost never can vary in the way that it is prepared. I like steak done a couple of ways, but this one has to be my fave – my Steak Ranchero.

Most self respecting guys will tell you that the best way to cook a steak is over open flame and for it to be eaten with no other garnish than maybe some A-1 or the such. I’m calling bull. I have a friend 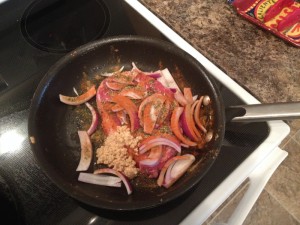 of mine who bucked the trend saying that he didn’t like steak much – until he tried mine. It’s all about the prep too.

Remember to shred your own cheese to cover all the GF bases.