I came up with this one as a Relay for Life fundraiser in Beulah, ND. And it grew in infamy from there – I’ve done it a few times and most of everyone is salivating just at the mention of them. 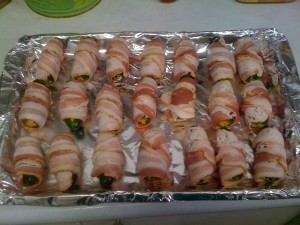 These were for baking.